Think you’ve led a varied life? Listen to this week’s show and what you hear may make you think again…

Rosalyn Palmer’s story adds a whole new dimension to the phrase ‘been there, done that, got the t-shirt’ and she’ll be in the studio on Sunday to share a few of the highlights with the Girls Around Town.

After studying English Literature at university, in her own words she ‘fell into’ PR for a theatrical production company shortly after graduating. From there she moved to theatre publishing before landing a dream  job with leading London PR agency Lynne Franks PR – a job which saw her on the Orient Express on only her second day and, over the next two years, meeting The Rolling Stones and doing fundraising work with Daniel Day Lewis.

In 1991, Rosalyn set up her own PR company, working first from her spare bedroom but going on to build it into an award-winning business with a turnover of £1.3 million and 21 staff over the next nine years.

Since the start of the new millennium, she’s lived in the Bahamas for five years and on a 10-acre organic farm for two before returning to work for a training and development company in the UK.

And there’s more  – from seven years with the Leprosy Mission England and Wales, which included trips to Ethiopia and Mozambique, to training as a Clinical Hypnotherapist, Rapid Transformational Therapist, Weight Loss Practitioner and Maris Peer Master Therapist, then finally moving to Newark where she recently launched Slim Forever in partnership with Philippa Burnett and Susan Hart.

Tune in or listen online from 10am to 12 noon on Sunday as Rosalyn takes Tina and Sue on a whistle stop tour of of the highs (and some of the lows!) of her life… 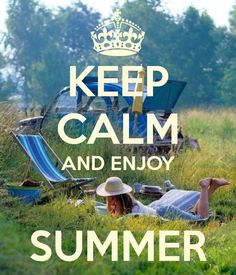 There hasn’t been too much evidence of it so far but, whatever the weather, summer is officially here.

And even if it doesn’t bring endless blue skies and as much sunshine as we’d like, with school holidays looming a little bit of advice on how to keep stress levels to the minimum wouldn’t go amiss!

So tune in or listen online from 10am next Sunday, when it’s over to Fiona Theokritoff…

A regular guest on the show since Radio Newark first launched back in November 2013, homeopath Fiona is joining the Girls Around Town as their wellbeing expert – welcome to the team, Fiona!

She’ll be in the hot seat once a month and, after sharing some of her own healthy hints and tips, will be discussing a range of therapies, treatments and other issues with guests from the wider world of  wellbeing.

First up is Sue Mcfarlane of Natural Therapies For You, offering listeners advice on self-care for the summer. Find out how eating well can help lower stress levels and pick up a few of her practical tips for keeping calm and enjoying summer, kids and all!

Sue will even be taking Fiona, June and Tina through one of her simple exercises live on air – why not set aside a few minutes on Sunday to join in at home? 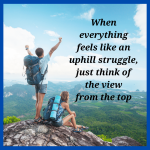