When Cathie Babbington joined the Girls Around Town for the first time, she and fellow members of the Bilsthorpe Ladies Running Club were celebrating recent achievements of this Run England group.

Almost four years later the ladies in Bilsthorpe are still going strong, with their 10th anniversary coming soon. But back in the studio next weekend, she’ll be talking about a different kind of running!

A qualified life coach, management coach and small business coach for sole traders and start ups, she’ll be describing how, as well as running her own business, Coach Cath UK, she also finds time to teach at various institutes, including Grantham College, and lecture for BPP London University on Change Management and Business Strategy.

And how earlier this week, she announced yet another string added to her bow, that of co-ordinator for the newly-formed MiBA Bassetlaw Networking Group…

Tune in to 107.8FM or listen online between 10am and 12 noon next Sunday to hear what Cathie has to say about how to choose a coach, what benefits clients get from life coaching with her and the kind of businesses she works with on a regular basis.

Find out too how you can sign up for the three free Life Hacks which she promises will bring positive change into your life.

And, if there’s time, perhaps she’ll explain to June and Rosalyn what she means when she tells followers of her blog that it’s OK to be a hippo!! 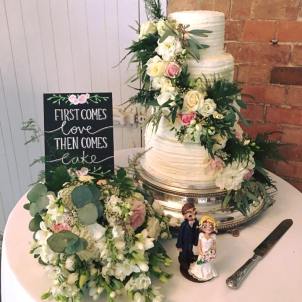 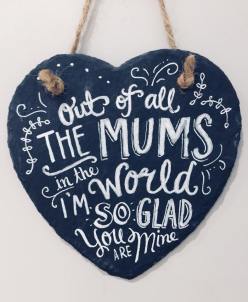 Two for the price of one again this weekend – as the first guest leaves the studio, another arrives for the second hour of the show…

Ever wondered who’s behind those bold and beautiful menu blackboards in your favourite coffee shop or restaurant? Or tried to find someone to custom-make a sign for a special occasion of your own?

Well, chances are at least some of those blackboards were Made By Mee – aka Marie Elizabeth Edwards, who’ll be talking to June and Rachel about her passion for creating freehand works of art that help make businesses stand out from the crowd.

And describing how her flair for design can add a personal touch to everything from the countdown to holidays and Christmas to weddings, christenings and home decor.

Given that Marie will be chatting to the Girls Around Town on Mothering Sunday, the other news she has to share is particularly appropriate.

As coordinator for the Newark branch of the Mums In Business Association, she’ll be hosting the group’s first event on Thursday 11 April, from 10am to 12 noon at the Roman Way on Lincoln Road.

Tune in or listen online from11am on Sunday to find out more about MIBA, an international community with almost 32,000 members worldwide, and what’s in store for Marie’s fellow MIBs at next month’s launch.

Tickets for the first meeting are already available online – if you’re a busy working mum, this child-friendly networking group could be just what you’ve been looking for!

Are you a mother in business? Then you’re in good company – these days, more and more mums run their own businesses…

In fact, the Collins English Dictionary even has a word for mums like you!

Mumpreneur (noun) : A woman who combines running a business enterprise with raising her children

One such woman is this week’s Girls Around Town guest Laura Young, who’ll be talking to June about her own life as a mumpreneur.

She’ll be describing why, how and when she set up Lexico, handmaking jewellery and hair accessories. And how she’s helping to support other mumpreneurs too, through her involvement in the Mums in Business Association.

Originally an online community designed to be a place where MIBs could gather to support each other, MIBA was launched in June 2017 by sisters Estelle Keeber and Leona Burton. Over the past 18 months, the MIBA tribe has grown to almost 32,000 and members now regularly meet in person too, at networking events in over 50 locations worldwide – from England and Spain to Australia and Barbados to name just a few!

Tune in or listen online between 10am and 12 noon on Sunday to hear Laura’s story and find out about the Mumpreneur on Fire series of books, each one featuring the stories of inspirational, empowered mothers in business just like her.

Follow Girls Around Town on WordPress.com
Join 1,307 other subscribers