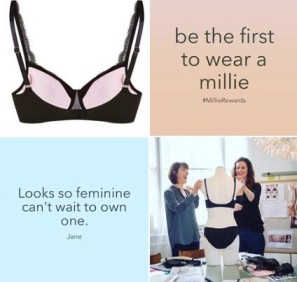 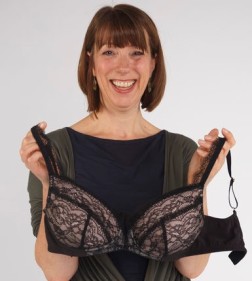 Finding the right bra is no easy task at the best of times. But for most of us, the search is a walk in the park compared with the difficulties faced by thousands of women looking for a bra – any bra! – after breast surgery.

Every year, 50,000 women in the UK are diagnosed with breast cancer and they all need to replace their bras immediately. One such woman was next Sunday’s guest Sue Pringle, who was diagnosed with breast cancer at the age of 40. Following a mastectomy and reconstruction after two inconclusive lumpectomies and a further lumpectomy 10 years later, she just wasn’t satisfied with the choices on offer.

So she decided to put an end to tears in the changing room, to turn what she calls her ‘grump’ into a business – and millie lingerie was born…

Sue joins the Girls Around Town in the studio to talk about how, after a long and successful career in product development and marketing with retailers such as Clarks, Boots and Interflora, she’s just launched a Kickstarter campaign to help move the millie bra from prototype to production.

Sign up to support the campaign and you can take your pick from a series of ‘rewards’, whether you want to be among the first to own a millie, give one to a special friend or family member or help someone else feel a little lingerie loveliness by choosing to make a gift of a millie (or millies) to one of their charity partners, Nottingham Hospitals Charity or Keeping Abreast.

Tune in or listen online between 10am and 12 noon when Sue tells June and Tina about her mission to find ways of making it easier, more accessible and just as much fun as it should be for women to buy a bra after breast surgery.

Follow Girls Around Town on WordPress.com
Join 1,307 other subscribers