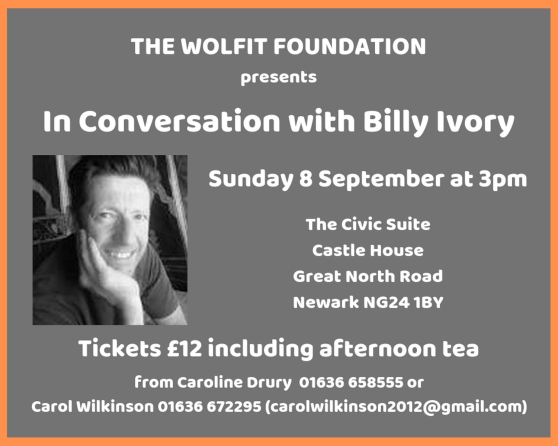 Born in Southwell and known as one of Britain’s leading TV and theatre writers, Billy Ivory returns to his home county next month to entertain guests at Castle House in Newark, the new home of Newark & Sherwood District Council.

Presented by The Wolfit Foundation, In Conversation With Billy Ivory takes place on Sunday 8 September when he will be talking about his career and some of his best known work, which includes Common as Muck, Made in Dagenham, Chef, Boon, The Invisibles and A Thing Called Love.

His TV credits include episodes of All Creatures Great and Small, Emmerdale and Coronation Street, while viewers may also have seen the recent programme he wrote about local skating stars Jayne Torvill and Christopher Dean.

Tickets for the event, which starts at 3pm, are on sale now, priced £12 each and including afternoon tea.